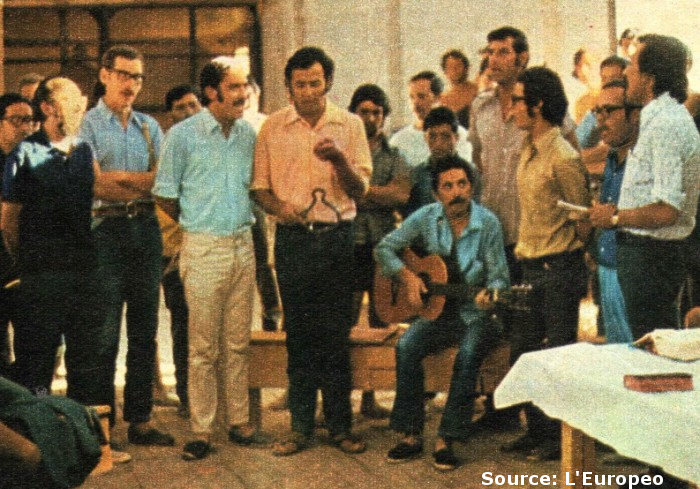 Cantos Cautivos (Captive Songs) is a digital platform that compiles testimonies of musical experiences in political detention and torture centres in Chile under the dictatorship of Augusto Pinochet (1973-1990), from clandestine chambers and concentration camps to police stations and jails.

Praised as an “extraordinary digital archive” by Alex Ross (critic of The New Yorker), our project seeks to contribute to the historical memory of the dictatorship and to debates on human rights in other historical and geographical contexts.

Developed initially in collaboration with the Museum of Memory and Human Rights (Santiago, Chile), the project was conceptualised by Katia Chornik as part of her post-doctorate at the University of Manchester in 2013-16.

The platform has 160 testimonies, of which 52 refer to songs fully or partially created in detention. To see the testimonies, click here.

Materials from our project formed part of the British Museum’s I Object, Ian Hislop's search for dissent exhibition (2018-19), which explored ways in which human beings have subverted concepts of authority for over three millennia.

To collect materials, we combine online crowdsourcing and edited transcriptions of oral testimonies obtained via interviews and events.

The ideas expressed in the exhibited materials are the responsibility of their authors and do not necessarily represent the views of the project team.

This project has received funding from: